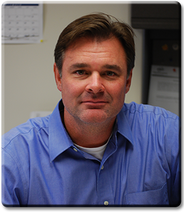 Raised in Lee’s Summit, Mo., Terry Chapman graduated from the University of Missouri-Columbia in 1993 and moved to California as Project Engineer/Project Manager for Birtcher Construction, which held the national contract with AMC Theaters for the development of state-of-the-art, multi-screen movie complexes across the country. Involved with the construction of more than 11 different theaters on the west coast until 2001, Terry continued to work in construction sales and management over the next five years until deciding he wanted to return to the greater Kansas City area with his wife and their two children. After purchasing PALMER ELECTRIC in September 2006, Terry grew the company into a more diverse organization with several different divisions including Residential, Commercial and Service as well as forming a sister company, System Integration Group, which focuses on Fire and Life Safety, Security and Low-Voltage needs. He continues to take pride in the company’s managers and employees who all strive to maintain the highest level of professionalism and expertise that PALMER’s clients have come to expect over the years. 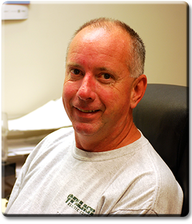 Bo Krohne has been with PEC since 1992 and was one of the first electricians hired at the company. He worked as a Lead Man until 1999 when he was promoted to the newly-developed position of Residential Division Manager. Bo is responsible for estimating, scheduling and administering all residential jobs, as well as supervising more than 20 field employees. 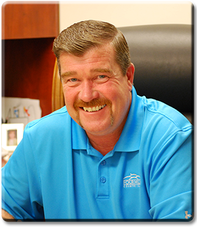 Michael Graff joined PEC in 2012 with more than 30 years experience in the electrical contracting industry. Originally from Santa Fe Springs, Calif., Mike is a Master Electrician who is responsible for managing PEC's Service Department, overseeing its field employees and ensuring that customers receive prompt attention and the highest quality work for all their electrical needs. 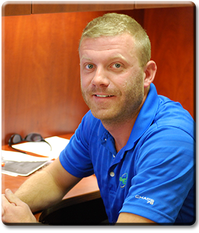 Born in Houston, Texas, Cary Lagrone was raised in Kansas City and began his career in electrical contracting in 2003 when he joined the United States Navy Seabees. He worked in China Lakes, Calif., and San Diego where he received military training in construction logistics with a focus on project/site layouts before serving two active duty deployments in Iraq. Joining PEC in 2011, Cary's duties include estimating and managing commercial projects.

﻿David Davidson has 15 years of experience in the electrical field including residential wireman, multi-dwelling communities, small tenant finishes, large commercial projects, medical buildings, educational facilities and other various projects in this field. He transitioned to Commercial Estimator in January 2013 because of his strength in recognizing the intent of projects and completing them in a timely and cost effective manner. With his knowledge and respect of customer needs, David continues to develop outstanding construction-related relationships throughout the industry.

Dusty Adrian grew up in Lee's Summit, Mo. After graduating high school, he attended Missouri
Western State College, where he entered into the electrical field. Completing ABC's four-year
electrical school, Dusty passed his Journeyman exam and later obtained his Master's license.
Throughout his 19 years as an electrician, Dusty has gained vast knowledge and experience as a
foreman on multi-family dwellings, schools, restaurants, post offices and hotels. As PEC's field
supervisor, Dusty provides a vital link connecting field staff with our office crew, ensuring that all        projects are run efficiently, profitable and completed ahead of schedule with the high level of quality PALMER expects. 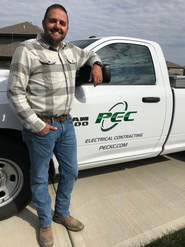 Brandon Joiner grew up in Blue Springs, MO and now resides in Lee’s Summit with his wife and
two children.  He completed four years of electrical apprenticeship at ABC.  He later received his
journeyman’s license in 2014.  Brandon has over 14 years of experience in the trade and spent
several years as a foreman on commercial, large industrial and smaller tenant finish projects.
During this time, he learned the leadership and project management skills necessary to keep
projects running on budget and ahead of schedule as a Field Supervisor.  PALMER foremen and
team members are never on an island because Brandon is only a phone call away and makes it a
point to visit each job site on a consistent basis to offer input and guidance.

﻿Jessica Adrian joined PEC in 2014 as the Commercial department's Assistant Project Manager. Jessica's strength in organization and multi-tasking is a valuable asset to all of PALMER's commercial projects.